Digitization vs Digitalization: Which Is Right for Your Business?

Digitization and digitalization may sound similar, but they refer to two different concepts. One is simply a matter of converting information into digital form, while the other refers to a big-picture process that may involve major changes to your business model.

Your business may be a candidate for both digitization and digitalization, but you’ll need to be able to distinguish between them when communicating with clients, vendors, and employees. Together, they may be part of a broader digital transformation strategy.

Here’s everything you need to know about digitization vs digitalization, and how you can choose the right digital technologies for your business.

It may seem like everything is going digital these days, from telemedicine to the SATs. But the use of digital technology looks different for every industry and business. For some, it means developing new workflows to improve business efficiency, while for others, it’s simply a matter of scanning paper documents into the cloud.

Have you ever scanned a Polaroid picture so you could upload it to social media? Or sent your old VHS tapes to a company that could convert them into DVDs? Those are both great examples of digitization. Digitization (or “digitisation” for British spellers) is the conversion of analog information into a digital file format.

Digitization could be part of a bigger digital transformation strategy, but it doesn’t have to be. It could refer to scanning a single PDF document. But in an increasingly digital world, the digitization of documents can help to streamline business operations and improve the customer experience in a way that analog systems can’t.

The definition of digitalization is a little more complex. It involves the use of technology to convert analog processes into digital ones.

Consider a sales team replacing their Rolodex with a CRM: Now, instead of importing data by hand, they can collect new customer data automatically, send out automated marketing emails, and view digital representations of sales figures.

In each case, systems that were once analog are now digital. Employee onboarding, invoicing, claims processing, and other business activities can all be digitalized using business process automation.

If digitization is a way of working with digital information, digitalization refers to the use of digital processes — and usually requires data to be digitized first.

What Is Digital Transformation?

Digital transformation takes things one step further and may refer to an overhaul of your entire business model to leverage new digital technologies.

You’re turning a (mostly) analog business into a digital business and you may end up with an entirely new business model when you’re through.

A business transformation roadmap may consist of several digitalization initiatives, and they don’t have to happen all at once.

Often, digital transformation involves more advanced computer systems and information technology, such as artificial intelligence and machine learning, so it can require a major investment in time and money compared to smaller digitalization projects.

Benefits of Digitization vs Digitalization 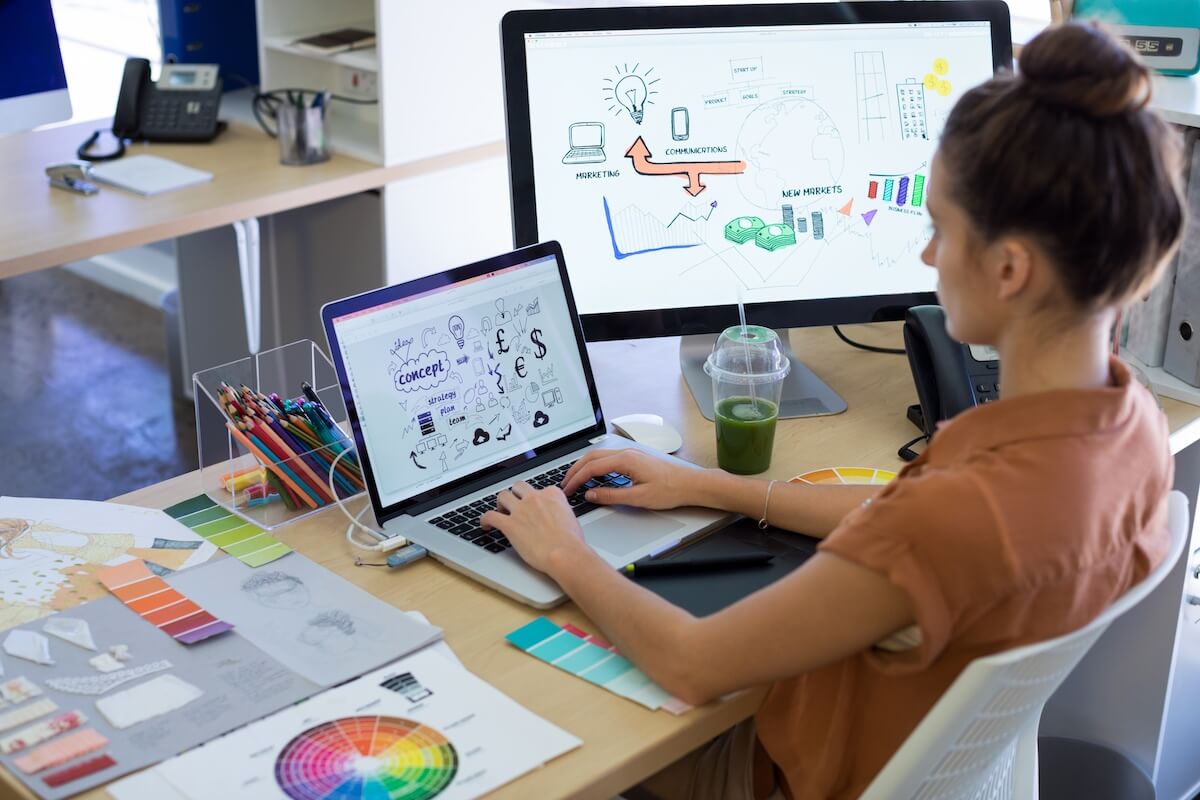 You may also save money on storage space and mitigate the risk of loss or damage to files by relying on low-cost digital backups. That said, digitizing files can introduce new risks such as hacking or ransomware attacks, so it’s important to have a cybersecurity strategy in place during the digitization process.

Finally, digitization can help you meet customer and client expectations. In a digital age, customers want to be able to receive digital receipts, sign contracts electronically, and communicate with businesses in real-time. Digitization makes this all possible.

Digitalization can provide even more benefits by allowing you to unlock the power of automation and eliminate steps in the digitization process.

Once you’ve digitized receipts, contracts, and other documents, you can store them in the cloud so that employees can access them from anywhere, or customers can log in and self-service their own accounts. You’ll also be able to use tools to analyze your digital data and improve business decision-making.

The digitalization of your business won’t eliminate the need for manual oversight, but it can improve efficiency and reduce human error. With robotic process automation and other business process automation (BPA) practices, you can ensure compliance by maintaining a paper trail and standardizing practices across your organization.

For example, your human resources department can streamline the leave of absence process by creating a centralized database for distributing and storing paperwork.

Practices like these can reduce data silos between departments and contribute to a broader digital transformation strategy throughout your entire business.

How to Get Started With Digitization and Digitalization

Whether you’re planning a major digital transformation or a single digitalization initiative, it’s important to have a clear plan from the start. Otherwise, you may end up converting documents into incompatible formats or choosing tools that don’t work well together.

For a simple digitization process, such as transitioning to a paperless business model, you can digitize documents using tools such as a digital camera, scanner, and optical character recognition (OCR) software.

If you don’t want to overhaul the way your business operates, you can stop there and simply integrate these documents into your existing workflow.

For a larger digital transformation, start by performing a detailed workflow analysis to identify areas for improvement in your business. Then, determine which tools you’ll need, such as a CRM, ERP, or sales enablement software.

This process may take longer and require a larger investment in technology, but it can lead to greater long-term savings and help you stay competitive in a digital world. 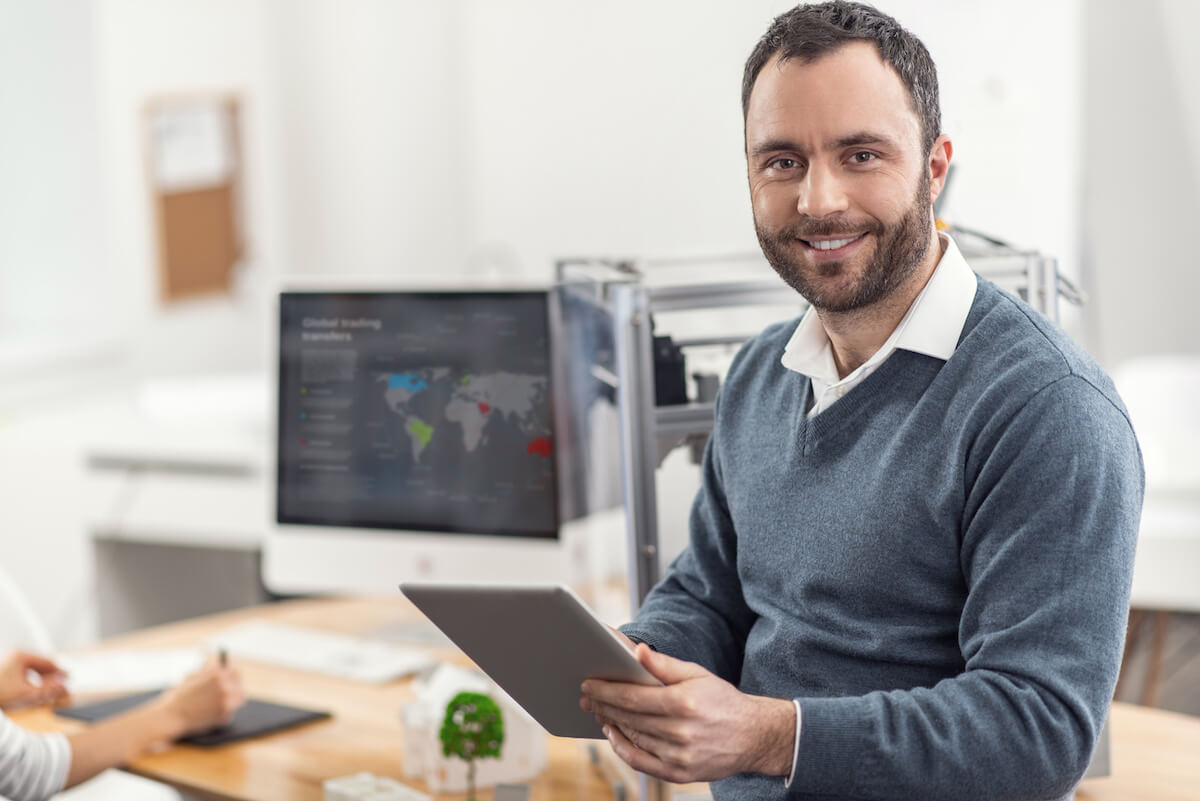 You might be concerned that the digitalization process requires advanced coding skills or digital know-how that goes beyond the capabilities of your existing team. But the low-code and no-code movement is making it possible for businesses without an in-house software development team to get into the game.

Pulpstream’s drag-and-drop interface makes it easy for businesses to create their own workflows and automate repetitive tasks without having to build a program from scratch. From leave of absence management to claims management, Pulpstream’s digitization and digitalization solutions can help to bring your company into the digital age.

Request a demo to see it in action and learn more.

Ready to make a change?

See the Pulpstream process automation platform in action, and learn more about the white-glove service our customers love.